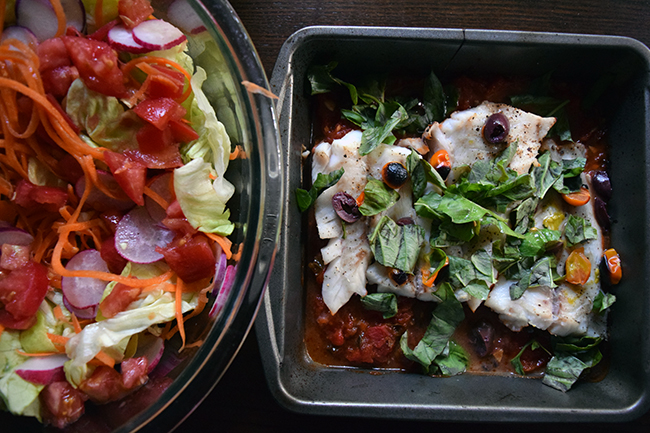 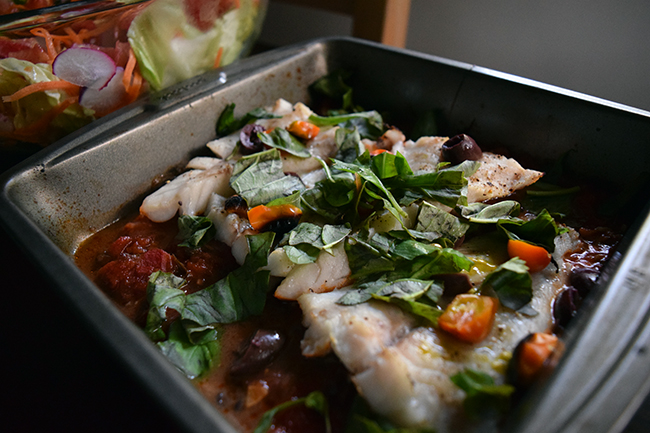 I’m really excited about it. Despite being just slightly too old for them when they were released, I devoured every book in that series. I had theories on VFD, thoughts on how they were somehow optimistic but very dark books, and I may have written some deeply bad fanfiction. I will not be unearthing this theoretical fanfiction from its rightful place in the bowels of the Internet. The books are clever and creative, and their author is awesome.* The entire series is fairly dark, as you might guess, but the darkness evolves from somewhat fantastical and fairy-tale-esque to quite profound and philosophical. Sorry, you guys. Getting super serious about children’s literature is one of my favorite activities.

Anyways, the reason I’m going on about this children’s series is that, in The Bad Beginning, the Baudelaires, the young orphans who are the protagonists of the series, make pasta alla puttanesca for their somewhat villanous caretaker. Ever since reading that book some 15 years ago (aahhh!), I’ve been sort of obsessed with pasta puttanesca. It’s briny and sharp from capers and anchovies, which is kind of how I want my tomato sauces to be, and the fabled origins of its name are actually fantastic. It’s loosely named “pasta in the whore’s style,” and there are a number of theories about why. One, that it’s easy and quick to make, so ladies of the night, who were strapped for time, favored this recipe. As a lady who is also strapped for time though is not technically a sex worker, I appreciate this. Related, some think that the aromatic sauce was used to lure men in from the streets. I can tell you, having made pasta alla puttanesca several time but remaining quite single, that this is not foolproof. Another theory is that it’s a bit fishy-smelling, and I’ll let you finish that thought on your own. I think the general consensus nowadays is that the name may also loosely translate to “garbage pasta,” ie, “I just threw a bunch of shit from the cupboard into a pan.” This resonates with me deeply, so, yeah, I’m into it.

This may be, so far, the nerdiest post on andcuriously, as I have gotten much too serious about a children’s book and also discussed, in great detail, the etymology of a pasta name.

So, right. I decided to whore up some of the fish that we got, in the spirit of being strapped for time, or putting whatever you’ve got into a pan, or trying to lure men into my apartment, or whatever. It was good. I mean, no men visited, it’s not a miracle. But that’s okay, because I didn’t want to share.

Finely chop the onion, and slice the garlic and olives. Finely mince the anchovy, too, if you are using it.

Heat up the olive oil in a small saucepan. When the oil’s hot, add the onion, garlic, and crushed red pepper and fry until fragrant. Add the can of tomatoes, capers, and all but a bit of the olives. Cook until the flavors combine, about 15 minutes, but it’s not a finicky recipe either way. Season to taste with salt and pepper.

Preheat your broiler while you are waiting.

When the sauce is ready, spoon it into a baking pan. Arrange the grenadier fillet(s) on top and broil for just under 10 minutes for each inch of the thickest part of the fillet.

When the fish is done, top with the reserved olives and torn basil leaves. You can drizzle a little extra olive oil on top, too.

*I actually know Lemony Snicket is awesome because I attended a talk / drinking event featuring him and three very strong beverages, and he still signed my book and let me take a drunk photo with him.