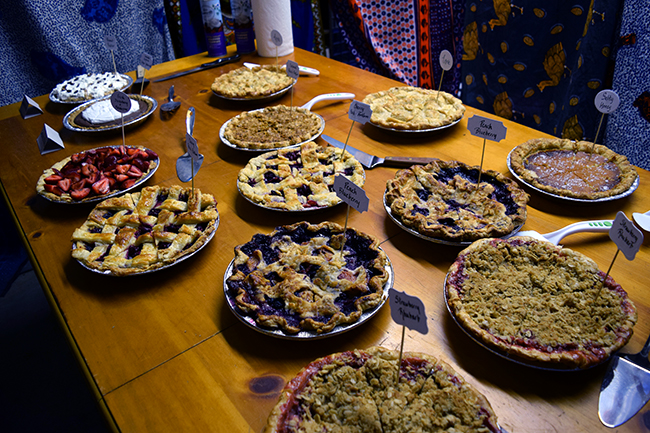 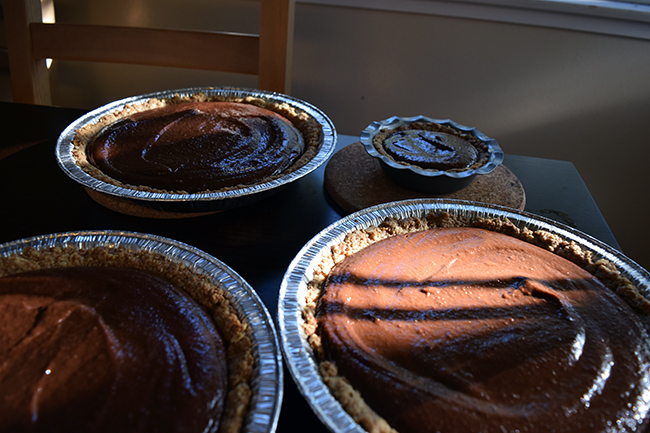 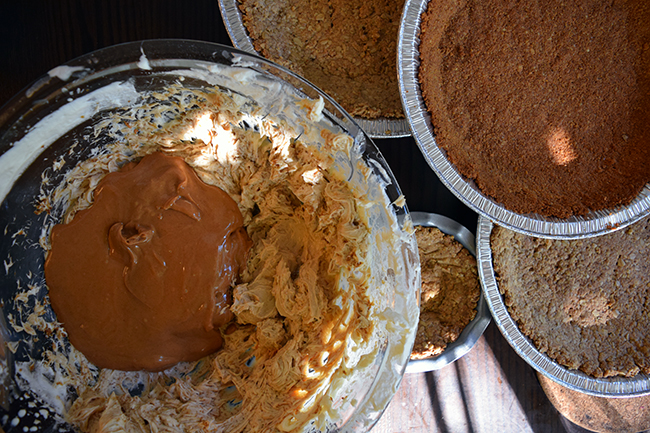 When I last left you, I was making very bad pie puns. I’m sorry to say that this will continue, though at least we are actually making the pies this time around.

Though I obviously had a lot of serious pre-pie-ration thoughts, the beginning of making the actual pies was a bit unplanned, for me. Having purchased a carton of buttermilk to test out a pie dough recipe a few days earlier, I realized that most of the carton would expire and go to waste by the end of the week. For some reason, I decided that I could not use it for anything but pie dough. Thus began the several-day saga in which I made 14 pie crusts, which, since unplanned, had to occur in parallel with a SQL class I was taking. I also had recently purchased a rolling pin (remember, I used to use a Campari bottle), so I may have terrified a UPS delivery person with my manic enthusiasm upon arriving at my apartment. I may have also opened all the windows in our apartment to keep the temperature cool enough to coddle temperamental butter. So, I may have temporarily lost my mind, but I have learnings. And, really, truly, after the few days of crust daze, the pie-making was all quite pleasant.

Tips on Making Pie for a Wedding, Pt 2
This time, we actually make the pie. 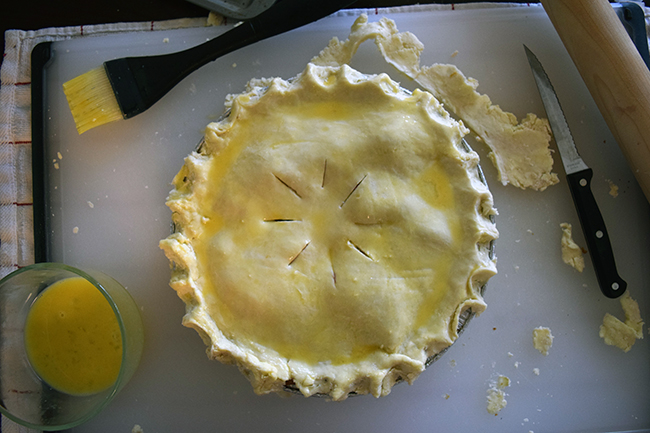 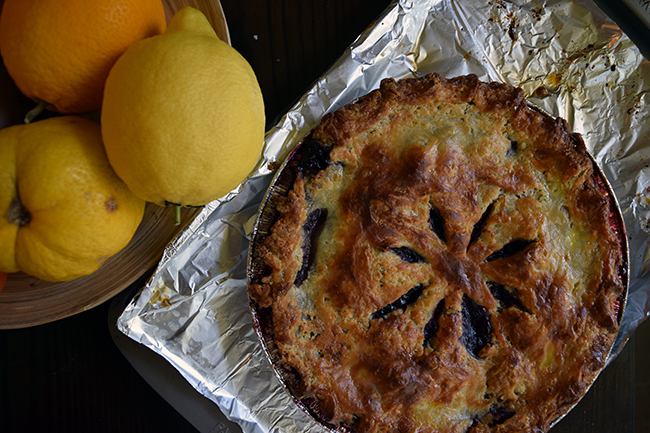 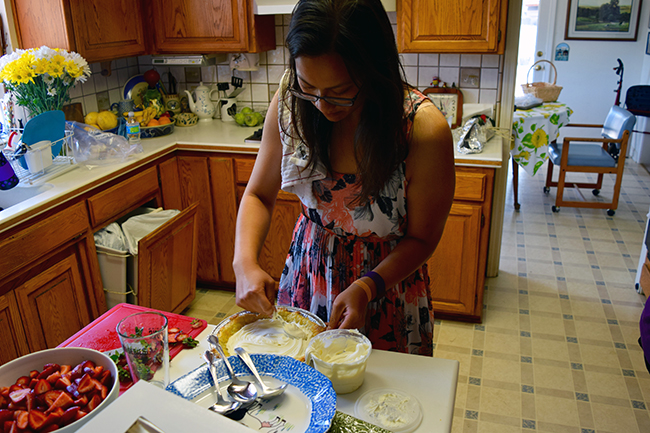 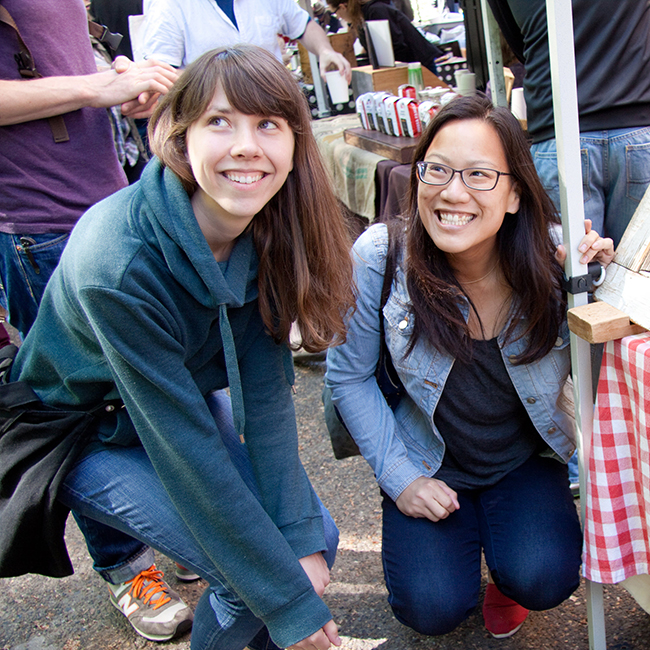 Enough with the extremely detailed talk about crust and heat mass… what pies did I end up making? I made slightly adapted versions of four tried and trusted recipes, and I cobbled (hah!) together my own for my fruit lattice pie, which I’ll post next! 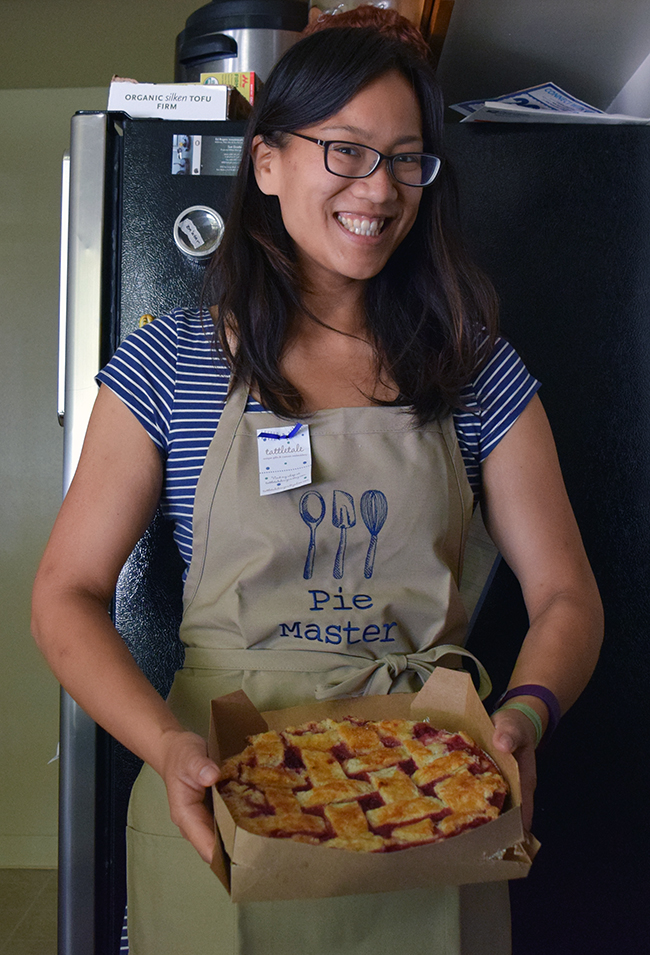 This amazing apron courtesy my now married (!!) friends; thanks, loves! I feel truly unstoppable wearing it. And thanks to roomie4life SXN and blogger BFF Kim for a couple of the photos!

This is the second post in my series on how to make pies for a wedding! Part 1 has tips on preparation, and part 3 (coming soon) has a recipe I developed for Cherry Chocolate Pie.